While cycling to Whitlingham to see the recently discovered Ragweed (Ambrosia artemisiifolia), Louis Parkerson spotted a clump of plants with yellow flowers beside the A47, and stopped to take some photos as they looked very similar to a patch of plants that he saw beside a motorway in the Midlands a few days beforehand but hadn't been able to identify at the time. After some internet searching he decided that Dittrichia graveolens (Stinking Fleabane) was a good match on both appearance and habitat and so uploaded the record to iRecord where Jo Parmenter was able to review and verify it with the help of Richard Carter, Mike Crewe and Martin Rand, who were familiar with it. This is the first record for Norfolk! 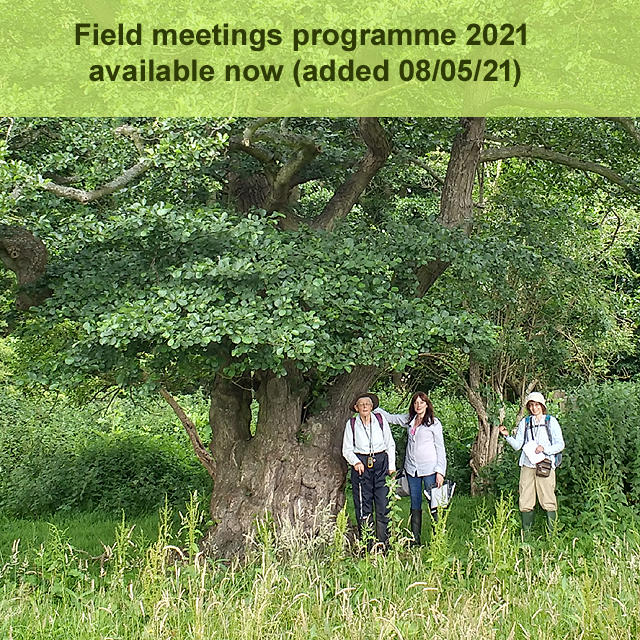 We found Annual Buttonweed in a roadside gutter in urban Rollesby. This was a rather unexpected find, as there have only been 78 previous records of this plant for the UK, and only 2 from Norfolk, for Kelling Heath Caravan Park and an urban location in North Walsham.

Green field-speedwell is being found increasing in urban situations or anywhere where sunny well-drained bare ground is maintained.

Bob Leaney and Jo Parmenter encountered this specimen during a socially-distanced walk near Woodbastwick in late January.

We recorded 49 species in flower during our three hour walk around Southrepps for the BSBI New Year Plant hunt 2021, our most notable find was Corn Marigold, which was found in a boggy area at the ed

One plant of a mystery grass species was found in December 2020 growing on part of the medieval town wall of Gt Yarmouth, close to the quayside, by the authors, and after all attempts to identify it failed, the specimen was sent to the referee for alien grasses, Oli Pescott.